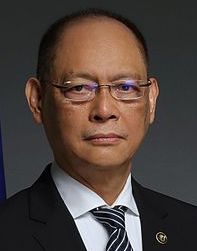 Despite a weaker global economy and delays in the approval of the national budget, the Philippines managed to sustain robust GDP growth last year.  Bangko Sentral ng Pilipinas Governor Benjamin Dioko tells The Asset in an exclusive Q&A session why he remains optimistic about the country’s economy despite the challenges posed by the pandemic, as he outlines the measures being undertaken for the country to emerge stronger from the crisis.

(First of a two-part series)

Q. What were the pre-pandemic macroeconomic fundamentals that were most critical in helping the country manage this crisis?

A. The Philippines entered the crisis in a position of strength. We had robust growth, low inflation, well capitalized banking system, moderate public sector debt, and a hefty external payments position. The economic and regulatory buffers built over time have provided the national government and the Philippine central bank (the Bangko Sentral ng Pilipinas or BSP) legroom to implement prompt and massive relief and mitigating measures.

Growth. The Philippine economy had posted 21 consecutive years of economic growth up to 2019. Gross domestic product (GDP) grew by 6.0%  last year, keeping the Philippines among the fastest growing economies in the region and the world.

Over the years, growth had become more broad-based, with capital formation increasingly becoming a key driver of growth amid favourable business sentiment. Capital formation accounted for 26.2% of the country’s GDP last year, up from 22.2% in 2015. Other main growth drivers were consumption on the demand side and services on the supply side.

Given the impact of the Covid-19 crisis, government authorities estimate that the economy will contract by anywhere between 4.5% and 6.6% this year. Nevertheless, implementation of relief and mitigating measures will allow the economy to bounce back with a solid growth of 6.5% to 7.5% next year. 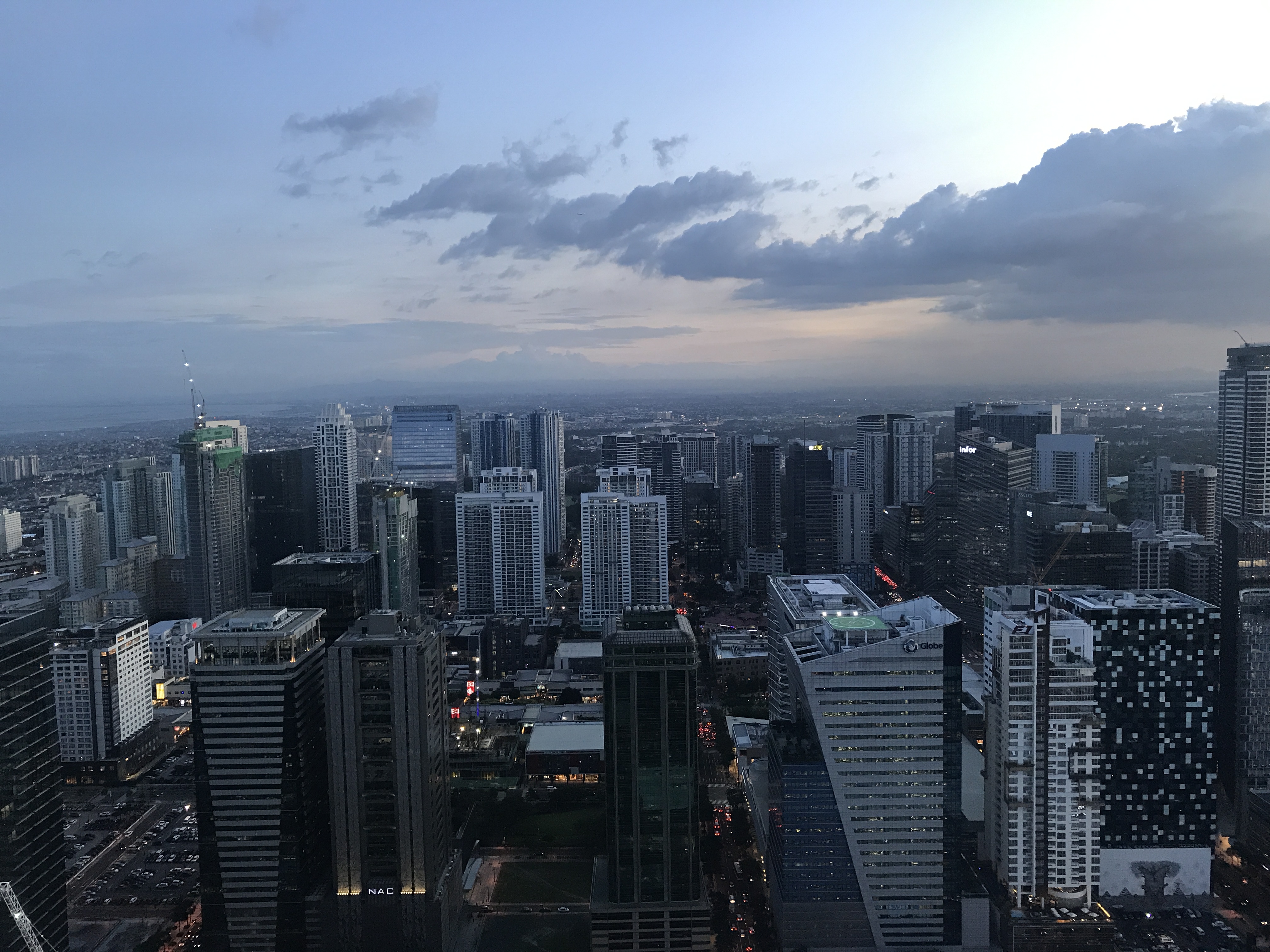 Latest BSP estimates also show that inflation will remain subdued throughout 2020 and 2021, thus contributing to the central bank’s flexibility to implement more monetary actions to support economic growth if necessary.

External payments position. The country’s balance of payments (BOP) posted a surplus of US$4.1 billion in the first semester of the year, supported in part by the national government’s foreign currency deposits to the BSP, as well as the BSP’s foreign exchange operations and income from investments abroad.

Moreover, the gross international reserves (GIR) rose to an all-time high of US$98.0 billion as of end-July. At this level, the GIR could cover nearly nine months’ worth of imports of goods and services, and payments of primary income. The received doctrine is that GIR equivalent to three months of imports already provides sufficient buffer.

The country’s external debt metrics had steadily improved over the years. External debt as a percentage of GDP was 21.4% as of end-March this year, down from about 60.0% in 2005.

Robust external accounts are partly credited for market confidence in the Philippines even amid the crisis.

Public debt. The national government’s outstanding liabilities as a percentage of GDP rose from 39.6% as of end-2019 to 48.1% by end-June this year. The rise is due to the need to finance related expenditures. The latest figure remains manageable and reflects a downward trend from 74.5% in 2004.

Financial system. The country’s financial system, with banking system at the core, has favourable metrics, including growing assets and profitability, sufficient capitalization, and manageable exposure to bad debts.

The Covid-19 crisis is unprecedented and long lasting, and is expected to have a dent on the banking system’s key indicators in the short term, but the impact is expected to be manageable.

The country’s banking system posted a net profit of 230.7 billion pesos (US$4.75 billion) last year, up by 28.4% year-on-year, amid consistently rising consumption and investment activities.

Banks remain well capitalized to absorb unexpected losses.  As of end-March 2020, universal and commercial banks (U/KBs) posted a capital adequacy ratio of 15.3% on solo basis, higher than the 10% regulatory requirement of the BSP and the 8% prescribed by the Bank for International Settlements (BIS).

The impact of the Covid-19 crisis on borrowers is expected to result in an increase in non-performing loans (NPL), but the resulting figure is expected to be manageable. A BSP survey conducted in April showed that big and small banks expect their NPLs to rise from 2.4% in March to 4.6% by December this year, modest by any standard.

Q. As you step up assistance and engagement with the community, which initiatives produced the most satisfactory outcome? Which areas do you intend to tweak to improve further the effectivity?

A. The national government laid out a four-pillar socioeconomic strategy to address the Covid-19 pandemic, which also sets the ground to transition to a “New Economy” post-Covid-19. The four pillars consist of:

First – measures to shore up market confidence and cushion economic activity. We have cut the policy rate by a cumulative 175 basis points and the reserve requirement by 200 bps so far this year. We also temporarily suspended term deposit facility (TDF) auctions for certain tenors and temporarily cut the volume offering for the daily overnight reverse repurchase facility.

Third – measures to sustain financial system stability and extend relief to financial institutions. These include, among others, allowing of banks to draw down from regulatory buffers, reduction of penalties for reserve deficiencies, counting of loans to MSMEs as part of compliance to the reserve requirement, and allowing of reclassification of debt securities to reduce the impact of mark-to-market losses.

And fourth – measures to promote access and support continual delivery of financial services to the public. These include, among others, urging of banks to suspend fees and charges on the use of online banking, time-bound increase in the single borrower’s limit, continued servicing of cash withdrawals of banks nationwide, as well as uninterrupted Philpass operations, peso-US dollar trading, and monetary operations. 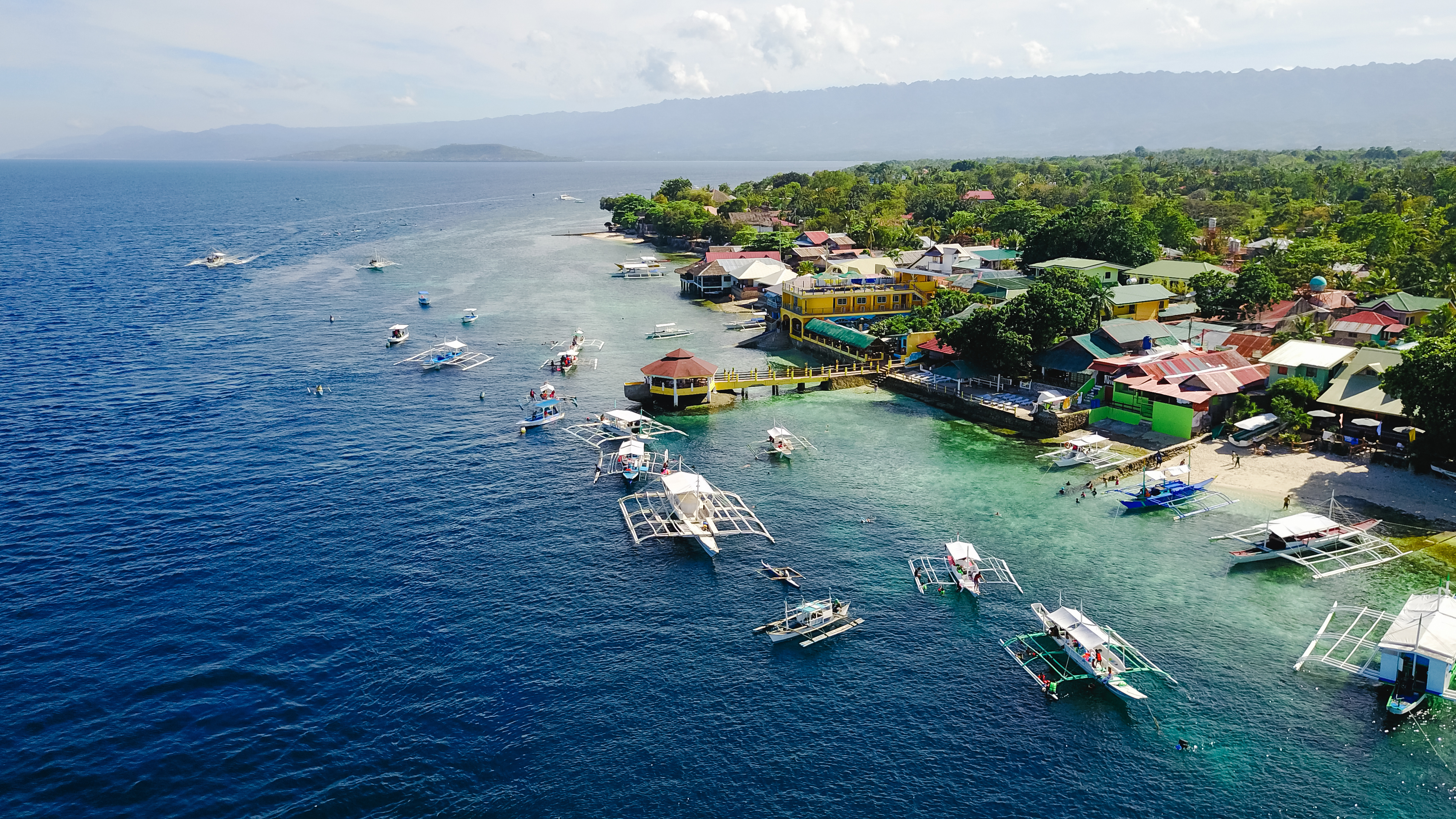 Through our liquidity-enhancement measures, the BSP has already injected 1.25 trillion pesos – equivalent to 6.4% of the country’s GDP – to the financial system. Indeed, the BSP has already done a lot. Yet, our toolkit is far from exhausted and we are ready to do more if needed.

With the implementation of massive fiscal and monetary response measures, volatilities initially observed in the financial market at the onset of Covid-19 gradually dissipated, and market sentiment improved.

The peso is now among the best performing currencies in the region. Credit default swap (CDS) spreads on Philippine debt papers are much tighter compared with rating peers.

Moreover, credit rating agencies have either affirmed or upgraded the Philippines’ investment-grade credit ratings amid a wave of negative rating actions worldwide.

Q. With lockdowns hopefully being phased out in stages in the coming months, what would be your top three priorities in the second half of 2020?

A. Following the implementation of a long list of relief and mitigating measures, the BSP is committed to support the economy and the Filipino people until the adverse impact of the pandemic fades.

First, the BSP will continue to ensure sufficient liquidity in the country’s financial system, which facilitates smooth flow of credit intermediation. Potential deterioration of balance sheets of firms and households may lead to tighter bank lending standards. At the same time, risk aversion of investors may cause a high outflow of capital, leading to tighter liquidity. As such, the BSP helps by ensuring there is ample liquidity in the financial system that may be used for investments or re-lending to households and businesses at low and affordable cost.

Ensuring availability of credit requires that the banking system remains strong and stable. This is the reason the BSP has implemented various regulatory relief measures. Helping banks cope with the impact of the crisis will allow them to help people, businesses, and the overall economy to recover as well. The BSP will continue to closely monitor the evolving conditions and promptly carry out appropriate policy responses.

Speaking of liquidity, as authorized under the recently amended charter, the BSP is set to issue its own debt securities in the third quarter of this year. This will allow BSP to even better manage liquidity in the system. The use of BSP securities for liquidity management is in line with international banking practice.

Second, the BSP needs to ensure that banking services remain uninterrupted. Mobile banking and payment services of banks and financial technology (fintech) companies can be used to widen the reach of financial services in the country. This is critical more so at this time, when lockdown measures limit physical access to banks. Leveraging on financial technology is also a way for the BSP to strengthen financial inclusion.

Amid an enabling regulatory environment, trend from recent months shows spectacular growth in digital banking. Volume of transactions using Instapay and PESONet – the two platforms for electronic fund transfers – grew year-on-year by 740% and 137%, respectively, in July.

My personal goal is by 2023, at least half of financial transactions in the country are done electronically. But as lockdown measures resulted in a quantum jump in digital payments, this goal might be achieved sooner.

With financial technology, there is faster capital turnaround, which in turn leads to accelerated growth in incomes and the overall economy.

Third, the BSP is keen to seize opportunities from the crisis and to use the lessons learned as basis to push for more structural reforms. It would be a pity to allow such an unprecedented crisis to go to waste.

As such, the BSP is pushing for the following legislative measures:

As part of our coverage of the Philippine market, The Asset Events+ will be hosting a series of webinars on the country's economic and capital markets development. To find out more information about these webinars please go here.